An artist-in-residence at L'etage, Philadelphia's famed cabaret, Jen conceives, writes and performs a new thematic show on the Third Thursday of each month. She is thrilled to return to L'etage for a second season beginning in September. SEE HERE FOR INFO AND TICKETS.

Beginning this fall, Jen will be performing at the Union League of Philadelphia on the following Fridays:

Wedding season is here! If you have not contacted Jen to sing at your special event, do not delay! She is now booking well into 2020.

Read all of our Ceremony Music Reviews at 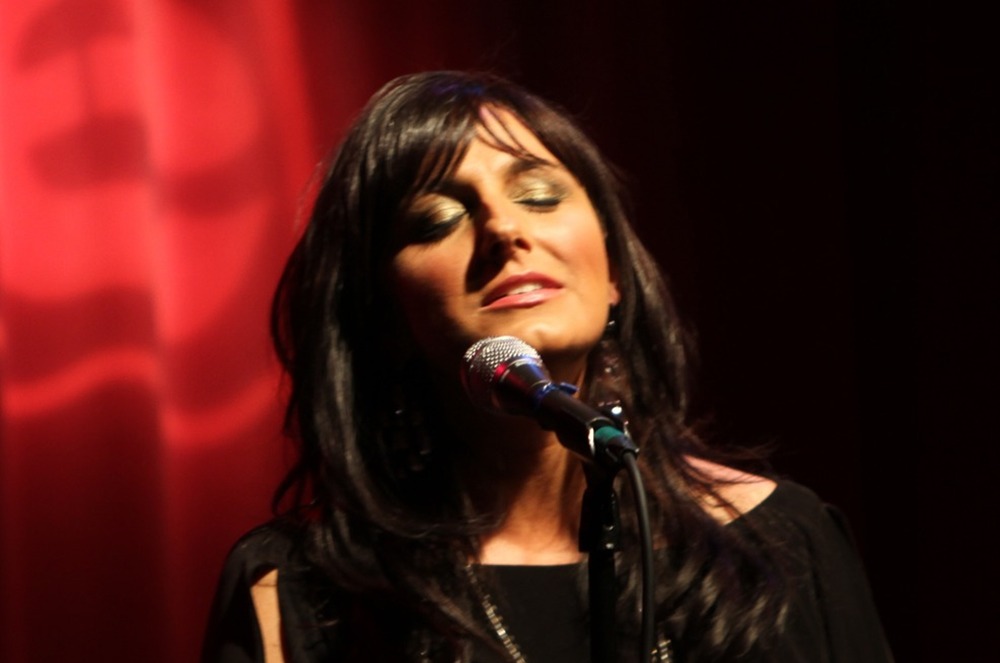 Once again, Jen's holiday performance schedule was spectacular! Her holiday shows at Act II Playhouse  sold out, and during the season her holiday music was played on several radio stations including WXPN and WMMR.

Hear two of Jen's holiday pieces performed live as part of Helen Leicht's special WXPN Home for the Holidays show, and check out her original holiday music on iTunes!​ 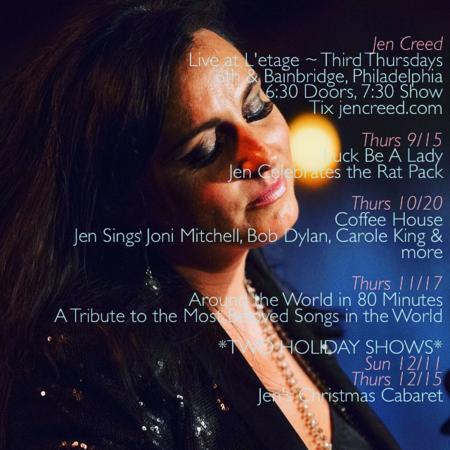 The response has been phenomenal! Come see what everyone is raving about! Get discounted advance tickets here!

FINAL SHOW OF THE SEASON

​​​Jen will be back in September with all new shows!

Home for the Holidays

JEN IS THRILLED TO BE BACK WITH AN ALL-NEW HOLIDAY SHOW!

​After performing her signature holiday show at Philadelphia venues such as the Ardmore Music Hall, World Cafe Live, Ambler Theater and Act II Playhouse, Jen is thrilled to return to her roots by bringing the fun to the stunning Performing Arts Center at her alma mater, Gwynedd Mercy Academy High School.

and flair, Jen Creed can do it all...

and she pretty much does..."